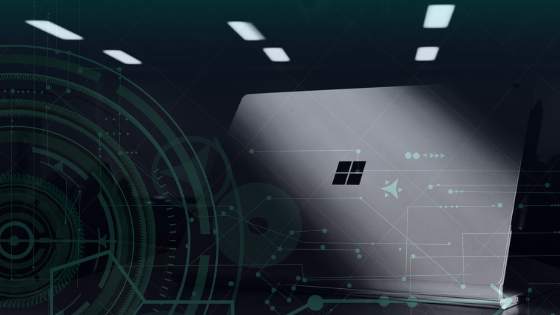 Microsoft always continues to make improvements to their systems and services. This time, Microsoft launch ReFS system as a repair system for NTFS. NTFS itself has been released by Microsoft along with when released Windows XP.

NTFS is the primary file system for recent versions of Windows and Windows Server, that provides a full set of features including security descriptors, encryption, disk quotas, and rich metadata, and can be used with Cluster Shared Volumes (CSV) to provide continuously available volumes that can be accessed simultaneously from multiple nodes of a failover cluster.

So, what is ReFS?

Resilient File System (ReFS) is Microsoft’s newest file system, that designed to maximize data availability, scale efficiently to large data sets across diverse workloads, and provide data integrity by means of resiliency to corruption. The ReFS used to detect all types of disk corruption, data striping and also copy-on-write features. ReFS is a newest system of Windows based on NTFS, and in other words, ReFS is an update system to complete the Windows NTFS system.

Basically, the ReFS system is better than the NTFS system. Because the NTFS system has several limitations that have been improved by the ReFS system. ReFS supports features that already exist in NTFS such as BitLocker encryption, access control lists for security, USN journaling, change notifications, symbolic links, junction points, mount points, reparse points, volume snapshots, file IDs, and OpLocks.

How does ReFS work?

ReFS uses checksums for metadata and optionally for data files. ReFS has the ability to detect damage reliably. ReFS can automatically repair detected damage using alternative data copies provided by Storage Spaces. ReFS can delete corrupt data when the volume is damaged and a copy of the data is damaged. ReFS can handle most irreparable damage. The ReFS system is superior from NTFS. ReFS introduces a data integrity scanner, known as a scrubber. Scubber periodically scans volumes, identifies damage and proactively triggers corrupt data repair. But the ReFS system cannot be used for booting PCs or used in external media such as USB flashdisks or memory cards.

Some of the advantages of ReFS compared to NTFS include the field of hyper-V and backup applications.

On Hyper-V, ReFS has some advantages:

However, it’s not suitable for SAN-based cluster shared storage, at least for now, because the Hyper-V cluster will always put the ReFS CSV on “File System Redirected” mode, which caused the owner node to be the only one accessing the SAN, while the other nodes are accessing the storage over the cluster network (I’ve seen no SAN traffic flowing on the other nodes, only on the owner node). See below for more details:

This is on a ReFS CSV:

And this is on a NTFS CSV:

With NTFS, all nodes are accessing the SAN storage using DirectIO, which should give us better performance.

But ReFS is okay for Storage Spaces Direct (S2D) configuration, since there is no shared storage anyway (every nodes have direct-attached disks) so all access is essentially redirected.

For Backup Applications, the advantages are as follows:

System Center DPM 2016 is actually using ReFS by default for the backup storage, as it utilizes the “block-cloning” technology on ReFS to accelerate the backup process. It’s a part of the “Modern Backup Storage” technology that SCDPM 2016 offers.

Veeam also recommends ReFS for the backup storage, as it also utilizes the same “block cloning” technology on ReFS (Veeam calls it “fast cloning capability”) to speed up the backup process.

Version 9.5 leverages the fast cloning capability in ReFS API to create synthetic backups without moving the data blocks between files, and instead, references backup file blocks already present on the volume. This means all manipulations associated with synthetic full backups are limited to metadata updates and require no actual I/O operations on backed up data.

Another advantage of using ReFS for backup storage is: it enables us to scale-up the backup storage capacity up to 35 PB (compared to a maximum of 256TB on NTFS)

So, to conclude this story: